If I had a dollar for each time someone told me that squatting was bad for my knees, I might not be a millionaire but I would definitely be rich.

For most of you, it's also probably not your first time hearing that. This article today will address some of they myths which have perpetuated the gym, and bust those myths!

Myth #1: Squats are bad for the knees

You've probably heard this one a thousand times, but not only are squats not bad for the knees, virtually every legitimate research study on this subject has shown that squats help improve knee stability. Of course this is largely dependant on whether your squat pattern is fluid in the first place. Having a stable knee dramatically reduces the risk of injuries. Provided you don't relax or bounce (without control) in the bottom position of the squat, you have nothing to worry about! What happens when you relax is that the knee joint opens up slightly and exposes the connective tissues to stress levels higher than their inherent tensile strength. This doesn't mean that you can't pause in the bottom position, but that you have to ensure you keep the muscles under tension when doing so. In other words, just don't relax at the bottom of the squat and allow your connective tissue to over-stretch like a rubber band! 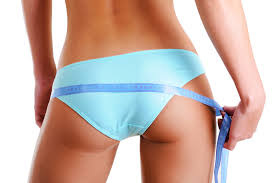 The origin of this myth comes from old-time bodybuilding guru Vince Gironda, whom we talked about in the last blog post. Despite his many contributions and insights into weight training, there has been no scientific or empirical evidence that the squats do widen the hips. If this were true, olympic weightlifters, who can devote as much as a third of training volume to squats, would have the widest hips of all (and we know that to be untrue!). One of the prime movers in the squat movement is the gluteus maximus, and when it develops, it grows backwards, not to out to the sides, because the insertions nor origins of the attachments at at the hips. So ladies, take not, if you want to firm up your butt, deep squats are the perfect exercise for it!

Myth #3. There's only one way to squat As the saying goes, 'there's more than one way to skin a cat'. Regardless of whether you decide to do front squats, back squats or squats with various different bar positions, you will still force adaptation and growth.

A good example of changing up the way you squat for various different benefits can be illustrated by how weightlifters, bodybuilders and powerlifters squat. Many weightlifters and most bodybuilders like to squat while keeping their backs as straight as possible and gives rise to an increased forward movement of the knees. This is more commonly known as a high bar squat. Powerlifters like to squat by bending more from the waist, so there's minimal forward movement of the knees, although this is dependant on the leverages of the individual powerlifters and whether they are squatting in a suit or not. This is more commonly known as a low bar squat. Also, powerlifters often don't squat as deep as weightlifters (but still past parallel), in an effort to handle as much weight as possible. It must be qualified that bodybuilders sometimes do like to squat to just above parallel to focus more on their quad development. From the standpoint of human biomechanics and neurophysiology, the depth of squatting, degree of forward lean and knee movement patterns can affect the muscle recruitment patterns, and is incredibly specific to the individual.

What this generally means is that you can take a page out of these different athletes' books. By squatting like powerlifters, you would tap into new motor-units and learn to develop the posterior side of the legs, which are often proportionally weaker due to under-training; and by squatting deep like weightlifters and bodybuilders and getting a good range of motion, you would help to increase the development of the VMO (vastus medialis oblique) muscle, glute and hamstring muscles which will greatly increase knee stability, bullet-proofing you against knee pain!

With these 3 myths busted, what are you waiting for? Get squatting and start gaining!